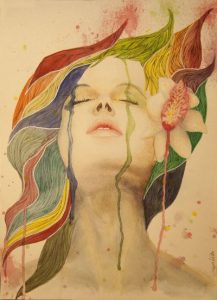 Shame is painful. When we experience shame, we live in constant fear of being rejected. We become trapped in various avoidance strategies to escape the pain. But shame left untreated grows more powerful. And it can often lead into behaviours that invite even greater shame.

To effectively work with shame, it’s important to understand the neurobiology of shame and why it’s so difficult to erase its deep tracing on the nervous system. Furthermore, we need to understand why shame vigilantly protects itself, and how traditional treatments may be sustaining shame or driving it even deeper.

The 3 Inner Components of Shame

Many people hold on to a deep sense of shame – a feeling that they’re just plain bad. According to Dr Richard Schwartz, founder of Internal Family Systems therapy, there are multiple parts of the self at play in the psychology of shame. One of these parts often locks the person in this negative space of feeling bad.

Dr Schwartz says that we’re all born with the knowledge that our lives depend on being accepted by our tribe. We know we’re not going to survive without the help of a tribe or family or community. “There’s a terror that comes with being shamed – a survival terror.”

To defend ourselves, then, against doing anything that might bring on that shame of not being accepted by our tribe, we develop what is commonly known as an inner critic. The inner critic is often misunderstood in psychotherapy, but according to Dr. Schwartz, it is just a part of the psyche that is desperately trying to keep us from getting shamed by the outside world.

For people who have a lot of experience with childhood shame in particular, that critic often takes on the voice of the shaming parent. It’s desperate to get you to behave the way that a parent wanted you to – so that you don’t get more shame from that parent. The inner critic says, “You’re bad enough already and if you do this other thing, you’re going to be even worse.”

Alongside the inner critic, there exists a young, vulnerable part that starts to believe you are bad and worthless. It believes the messages that first came from one of those shaming parents – and it carries them throughout life as its “burden of worthlessness.”

Dr. Schwartz explains, “There is a critic who says you’re shit, and there’s this young part that believes it.” Usually, there is then yet another, third part, whose job it is to get away from feeling the shame. Sometimes, when that third part is triggered, a person might resort to extreme behaviours that can bring on more shame – the very thing they wanted to avoid.

For example someone may go get drunk when they feel shame, or act out sexually – basically doing something to get away from that initial feeling. Others may become enraged at somebody, because feeling rage seems powerful, and masks the underlying feeling of being worthless and bad.

“The part that does the rescue from the shame then brings on more shame from the outside world, which fuels the critic. You get this viscous cycle going inside.” That’s how Dr. Schwartz sees shame.

In therapy, it’s crucial to first work with the inner critic before approaching the parts that feel all the shame. If the inner critic is not first addressed and overcome, then when someone in therapy approaches the things that underlie their sense of shame – the inner critic can be powerfully triggered into inducing a downward spiral into further shame.

We want to do everything we can to avoid this scenario, advises Dr. Schwartz – it is unnecessarily painful and there are far more compassionate ways of working with shame.

Dr. Joan Borysenko, renowned expert in the mind-body connection, suggests one very simple and effective way of addressing the inner critic is through humour – naming the inner critic. As we start to differentiate the voice of inner criticism, giving it a name can help you gain power over it. Then, whenever the inner critic comes up, explains Dr. Borysenko, “we can say, ‘Alright. Get thee behind me, Zelda,’ or whatever your name is.”

There are many other ways of working with shame – a sense of humour certainly helps, but it takes time, compassion and patience to fully heal. Back in the mid ‘80s, Louise Hay, for example, used a simple but powerful meditation when she was working with AIDS patients. It was at a time when much of the world was shaming young men with AIDS, saying “God is punishing you for your sins because you’ve done this thing that’s wrong.”

Louise created a loving space for AIDS patients instead of shaming them. Being with her was a safe place. She ran group events that were attended by gay men, where she would sometimes give a simple meditation as a way of practicing compassion and patience toward oneself. It was a visualisation exercise where you started by seeing yourself as a baby, and holding yourself in your arms –really trying to put yourself into that baby self, with all the love that you would give to this little being. Then, you tucked the baby into your heart.

Next, you’d see yourself as a 5-year-old, and go through the same kind of loving compassionate process before also tucking the little 5-year-old in your heart. Then, when you were 10, and then 15, and then when you were a young adult or whatever age you are now.

Dr. Borysenko comments on how Louise’s meditation gave people an amazing chance to have things come up about themselves at different ages and to feel compassionate toward themselves. It helped with disarming the inner critic, because inner child work is another very important part of dealing with shame.

In future posts I’ll be sharing more ways in which you can dissolve the power structures that hold shame in place and how you can heal from the pain of shame. See you then.