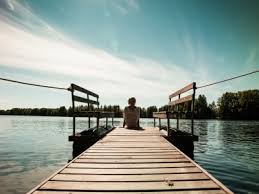 When Tenzin Gyatso, the 14th Dalai Lama, was invited to address the annual meeting of the Society for Neuroscience in 2005, a few hundred members petitioned to have the invitation rescinded. They felt a religious leader had no place at a scientific meeting. The invitation stood and the Dalai Lama posed a challenging question to the gathering: What relation could there be between spiritual tradition and modern science?

In fact the Dalai Lama had sparked this dialogue about science and spirituality as early as the 1980s which led to the creation of the Mind & Life Institute, dedicated to studying contemplative science and contemplative neuroscience—the scientific study of the brain of the expert meditator.

Research has started to explain why training the mind to meditate offers so many cognitive and emotional benefits. These benefits have been known for thousands of years by those drawn to such practices, but never backed by scientific research until recently.

This research coincides with further neuroscientific findings that show that the adult brain can still be deeply transformed through experience. For instance when you learn to play a musical instrument your brain undergoes changes whereby certain areas of the brain actually get larger through a process called neuroplasticity. A similar process appears to happen when you learn to meditate.

The cover article in the November 2014 issue of Scientific American, describes how three major forms of meditation from the Buddhist tradition—focussed attention, mindfulness, and loving-kindness—activate and develop corresponding brain areas, which can be observed through the latest advances in neuroimaging. Some of these findings are summarised below.

Focussed Attention and the Neuroscience of ‘Wandering Mind’

The first form of meditation, known as focussed attention, aims to quieten and centre the mind in the present moment while developing the capacity to remain vigilant to distractions. The meditator typically directs attention to one thing such as the in-and-out cycle of breathing. Naturally the mind wanders and the practice is to notice when this happens and restore the object of focus.

Neuroimagery linked with this practice shows that a part of the brain known as the default-mode network (DMN) is activated when concentration is lost and the mind wanders. The DMN is a kind of autopilot that steps in with control when we become distracted. The brain will carry on with the task even if we’re no longer present to what’s happening. That’s a really good thing because in this case the task is breathing!

Expert meditators with more than 10,000 hours of practice show more activity in these attention-related brain regions compared with beginners. Their brain imagery resembles expert musicians and athletes capable of sustaining a sense of effortless concentration and control during their performances.

The second meditation form studied by researchers, mindfulness, tries to cultivate a less emotionally reactive awareness to emotions, thoughts and sensations occurring in the present moment to prevent them from spiraling out of control and creating mental distress. The meditator remains open and attentive to any arising experience without focusing on anything specific. This is also sometimes called open-monitoring meditation.

Researchers measured what is known as attentional blink, which is the time the brain takes to ‘reset’ in-between two experiences. Often if the delay between two experiences is less than 300 milliseconds, the second one goes unnoticed. If the delay is greater than 600 milliseconds it is usually detected without difficulty. The reset time is connected with how easily the brain is able to ‘let go’ of one arising experience and be open to the next.

Expert meditator’s brain activity, compared to novices, was also shown to diminish in anxiety-related regions such as the amygdala. Anxiety is often a core emotion connected with mental flight and dissociation from experience, it is often an habitual response of trauma survivors. In long-term meditator’s the actual size of the amygdala decreases. This insight may be particularly helpful in dealing with distress and traumatic pain, which may otherwise be feared and repressed from conscious processing.

Loving Kindness and Attunement to Suffering

Finally, another type of practice studied by researchers is known in the Buddhist tradition as compassion and loving kindness and fosters an altruistic perspective toward others. This has proved to be more than just a spiritual exercise with potential benefits for health care workers, teachers and others who run the risk of emotional burnout linked to the distress experienced from deeply opening to another person’s plight.

The practice begins by focusing on an unconditional feeling of benevolence and love for others, accompanied by the silent repetition of a phrase conveying this intent. After a week of practice, novice subjects watched video clips showing suffering people with more positive and benevolent feelings than non-meditators.

Instead of leading to distress and discouragement, the practice reinforced inner balance, strength of mind, and a courageous determination to help those who suffer. This is like the difference between a loving, comforting mother at the side of a sick child versus a mother overwhelmed with anxiety at the sight of her child’s distress. In the latter case the mother may end up with the common experience of burnout, which ultimately won’t do her or her child much good.

A Way to Well-Being

These and many more studies are demonstrating the important place that contemplative and meditative practices may have on brain development and cognitive processes critical for mental and emotional health.

Many therapists now recommend mindfulness meditation to support psychotherapy. Some psychotherapists undergo long-term mindfulness training themselves, integrating this into their practice. They can therefore provide their clients the unique opportunity to experience the majority of the therapy session in mindfulness.

If you’re interested in such an integrative approach to psychotherapy, don’t be afraid to enquire about any mindfulness training your therapist has received and if they integrate this in their practice. Meanwhile, if you’re new to mindfulness and meditation practice and want to try it out yourself, then a great place to get started is Mark Williams and Danny Penman’s book, Mindfulness: A Practical Guide to Finding Peace in a Frantic World.

And of course feel free to get in touch if you have any questions that I can assist you with or to book a session to see what a mindful approach to psychotherapy is like in practice and how it can help you.